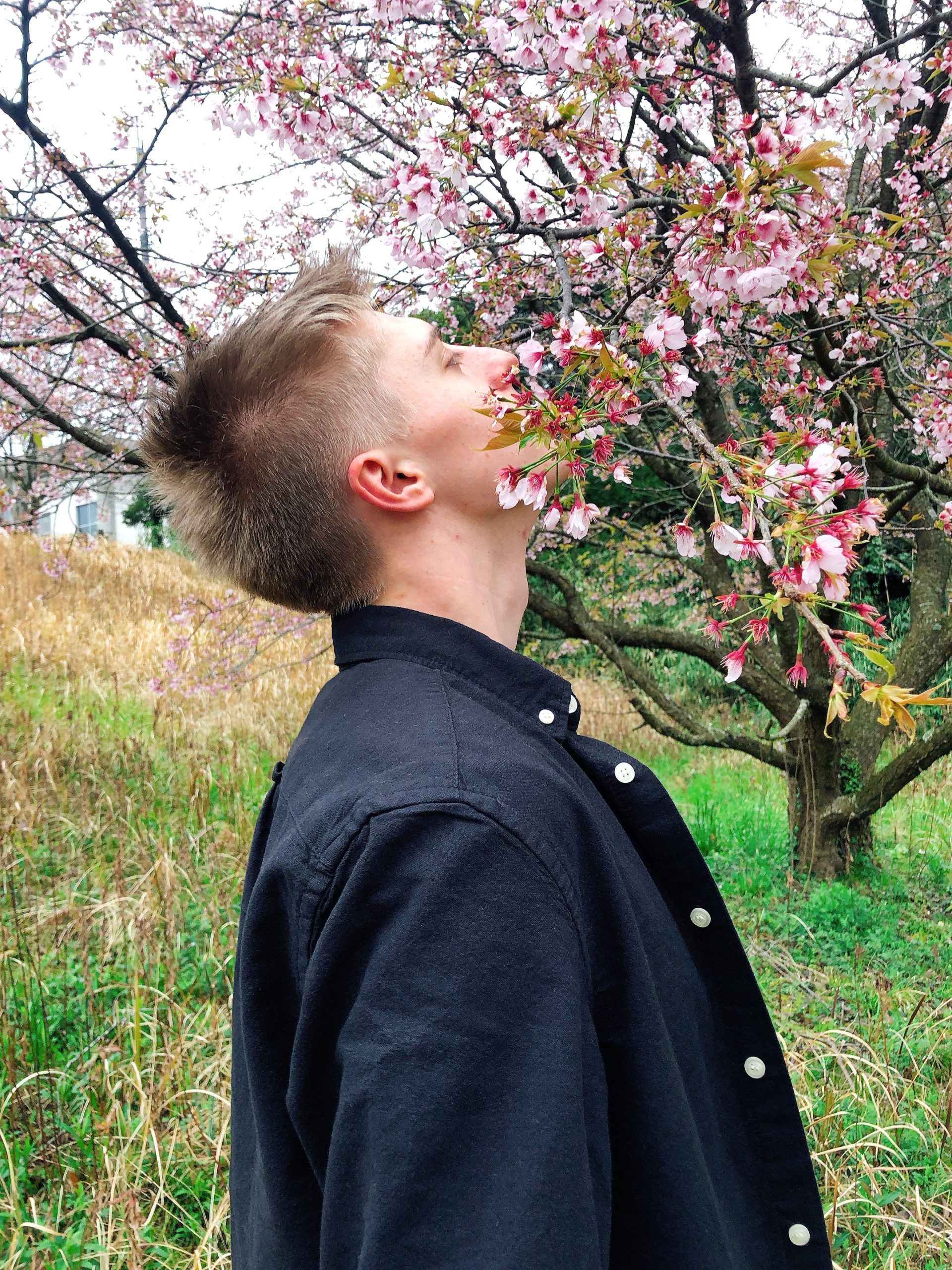 You’ve heard language learning described as a journey of self-discovery, but have you ever wondered why? How is it that teaching yourself a different way to say the same things brings out a side of yourself that you’ve never known before? Ren McCowan, a third-year student at Michigan State, discovered another part of himself as he began to connect to the Japanese culture. He became passionate about integrating new ways of thinking into his life and went on to dedicate his college career to helping fellow MSU students find other sides of themselves as well, by connecting them to different cultures across the world.

Ren was exposed to Japanese at a young age, and over the years, his interest in it grew so much so that he decided to turn it into a degree. Ren saw that Michigan State had one of the best Japanese programs in the country, and says that his time spent in it has greatly reflected that. He admires the way the program focuses on teaching Japanese culture within language, as he believes that the two are intertwined and cannot be separated. Ren has found a sense of belonging within MSU’s Japanese department and sees many members of the faculty as friends. The community serves as an environment where he can grow as a language learner and open himself to new ways of seeing the world, allowing him to become the person that he never would have only knowing the American culture.

Ren came to realize that the Japanese language and accompanying culture transformed him. Japan’s society is more collective than ours, where people are more likely to work for the greater good. America is more individualistic, and most people tend to work for themselves. When speaking Japanese as opposed to English, he noticed his voice getting softer, his personality less forceful, and he started to listen more than he spoke, reflecting the culture in his language.  Language acquisition isn’t just about learning a new way to speak, but a new way to live, and a new way to be. It brings out nuances to your personality that you didn’t know you had inside of you. “I think that needs to be recognized and valued a little bit more,” he says. “That language is a method of self-discovery, not just world discovery.”

In the spring of 2020, Ren traveled to the Japan Center for Michigan Universities in Shiga, Japan, for a study abroad program. It was an intensive course, meant to teach a year’s worth of Japanese in a single semester. At JCMU, Ren found himself in language classes for five hours each day, followed by culture classes, and a hefty amount of homework. It was hard work, but the improvement Ren saw in his language abilities was more than worth it. While there, he made many connections, with both Japanese citizens and students from Michigan. By exemplifying both cultures in himself, he could serve as a bridge between the two. Unfortunately, the pandemic cut his program short, and he was brought back in mid-March. While this was unexpected, Ren wasn’t deterred- he knows he’ll be back in Japan soon enough.

In the meantime, Ren has been working hard to bring the Japanese language to him. One of Ren’s most impressive accomplishments while attending Michigan State is transforming MSU’s Japanese Language Exchange. When he started at MSU, Ren learned that the university’s English Language Center hosted conversation hours with international students from Japan and the students studying Japanese a few times each year. Ren saw the potential in the program, and came up with a few ideas to better connect the students to each other, as well as to students across the globe. In the beginning, around 60 people attended the conversation hours. Now, just over a year later, Ren’s redesigned virtual exchange sends meeting information to over 150 contacts, reaching upwards of 600 language learners every week from all over the world. In his group, Ren brings together students from Michigan, Japan, Canada, Korea, China, and soon to be New Zealand, all with a common goal: language learning.

On top of attending classes and running the exchange program, Ren also teaches English classes at a Japanese university, and volunteers as a Japanese teacher for middle-school aged students through MSU’s Community Language School. While Ren never envisioned himself teaching at this level, he enjoys watching his students grow as language learners and discover new parts of the world and themselves, as he once did.

After graduation, Ren plans to continue increasing his language skills, hoping to become a translator or interpreter. He has always seen himself as a connector of sorts, someone who brings people together. In high school, he found himself a part of several different friend groups, and he acted as a link between them. In college, he has been successful in uniting hundreds of like-minded individuals from around the world to learn from each other. As an interpreter, Ren wants to break down the barriers between two cultures, so that the people within them can connect and understand each other.

Something that Ren greatly appreciates about Japanese culture is how different it is from America’s. He believes that the knowledge of other cultures is a vital asset in any field of work in today’s society. “If you want to understand how cultures can work together, and how the world as a society works,” he explains, “You need to first understand a culture that’s vastly different from your own, to appreciate different ideas and thoughts had by people across the world that don’t necessarily fit in with your own.”