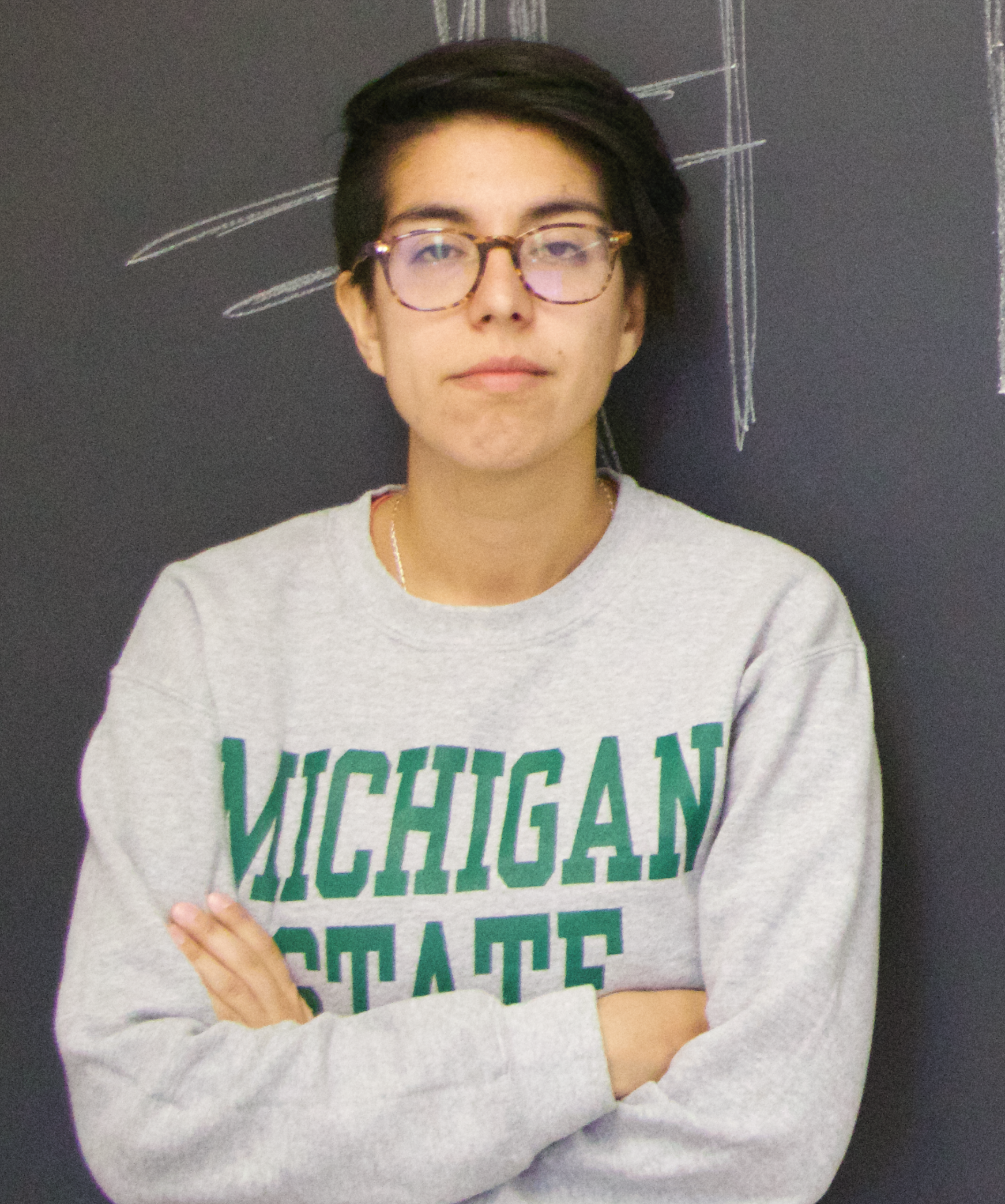 In recent years, it has become increasingly important to maintain an inclusive environment in educational settings. As the leader of the classroom, it is the educator’s responsibility to foster this environment for all students, regardless of their background. Lately, a greater focus has been placed on antiracism in foreign language teaching, as well as promoting gender-inclusive language for gender non-conforming students. This is how Lau Romero, a Teaching Assistant for Spanish at Michigan State, keeps their classroom a safe space for all.

Lau was born and raised in the university setting. Both their parents were professors at Universidad de Chile, and they received their undergraduate and master’s degrees there in Hispanic Literature and Linguistics. As a child, they would eat lunch at the campus cafeteria, and oftentimes their babysitter was the secretary of the Psychology department. They knew from a young age that they wanted to follow in their parents’ footsteps and teach higher education one day. In 2016 they moved to Michigan to begin pursuing their PhD at MSU, as well as accepting a TA-ship with the Department of Romance and Classical Languages. In the last year, they also began working as a Graduate Assistant in charge of operations for the Spanish Writing Center.

They learned to speak English the way that any other 90s baby would: by listening to boybands and watching Friends! Lau and their sister would spend their time jamming out to N*SYNC and The Backstreet Boys or watching reruns of Friends on the VHS. These American pop culture staples piqued Lau’s curiosity in the English Language. They wanted to know what the lyrics meant, or what the actors were saying. Eventually, they began formal training in English, but they certainly found a unique and fun way to build their foundation.

As a matter of fact, their English became so flawless that by the time they arrived in the United States, people thought they had been living here for years. However, one of the key cultural differences they did experience was the food. Growing up in South America, they never had the opportunity to try quintessential American dishes like s’mores or pizza rolls with ranch. They also expressed their interest with how Americans sit down to dinner, because in Chile, most households enjoy a large breakfast and lunch with a small “tea” in the evening.

The hardest thing about coming to America, though, was being so distanced from their family, especially during quarantine. For two years, they couldn’t visit their family or be visited by them. They said that even though they still had the company of their partner and friends in Michigan, they felt that “something was missing.” Fortunately, they were able to return last year for a few months to visit.

This fall, Lau will actually be moving further north to Marquette, where they have accepted a position as a professor at Northern Michigan University. There, they will teach beginner’s Spanish, as well as some intermediate courses. They will also be implementing the inclusivity skills they have strengthened during their time teaching at MSU.

As a non-binary individual themself, Lau sets a fantastic example of leadership for their gender non-conforming students. Representation in the faculty is one of the most important drivers of success that diverse students can experience during college. Because Lau is unafraid to be who they are in the classroom, queer students will know that they can comfortably express themselves as well.

Language classrooms are crucial to fostering inclusivity, because language can either be the most helpful or harmful tool when communicating with others. Lau says that it is even better for educators to automatically present non-binary pronouns and other expressions of gender non-conformity, especially in heavily gendered languages such as Spanish. When the educator presents these terms up front instead of waiting for someone to ask for them, they immediately demonstrate their open-mindedness, and protect students who may not be comfortable outing themselves at first. Lau also says that their office doors are always open to anyone who may need them.

MSU has been lucky to have such a fantastic, zealous advocate for their students over the past few years, but our team at CeLTA wishes them the best of luck as they continue to share their skills with others. ¡Buena suerte, Lau! We know you’ll do great things.