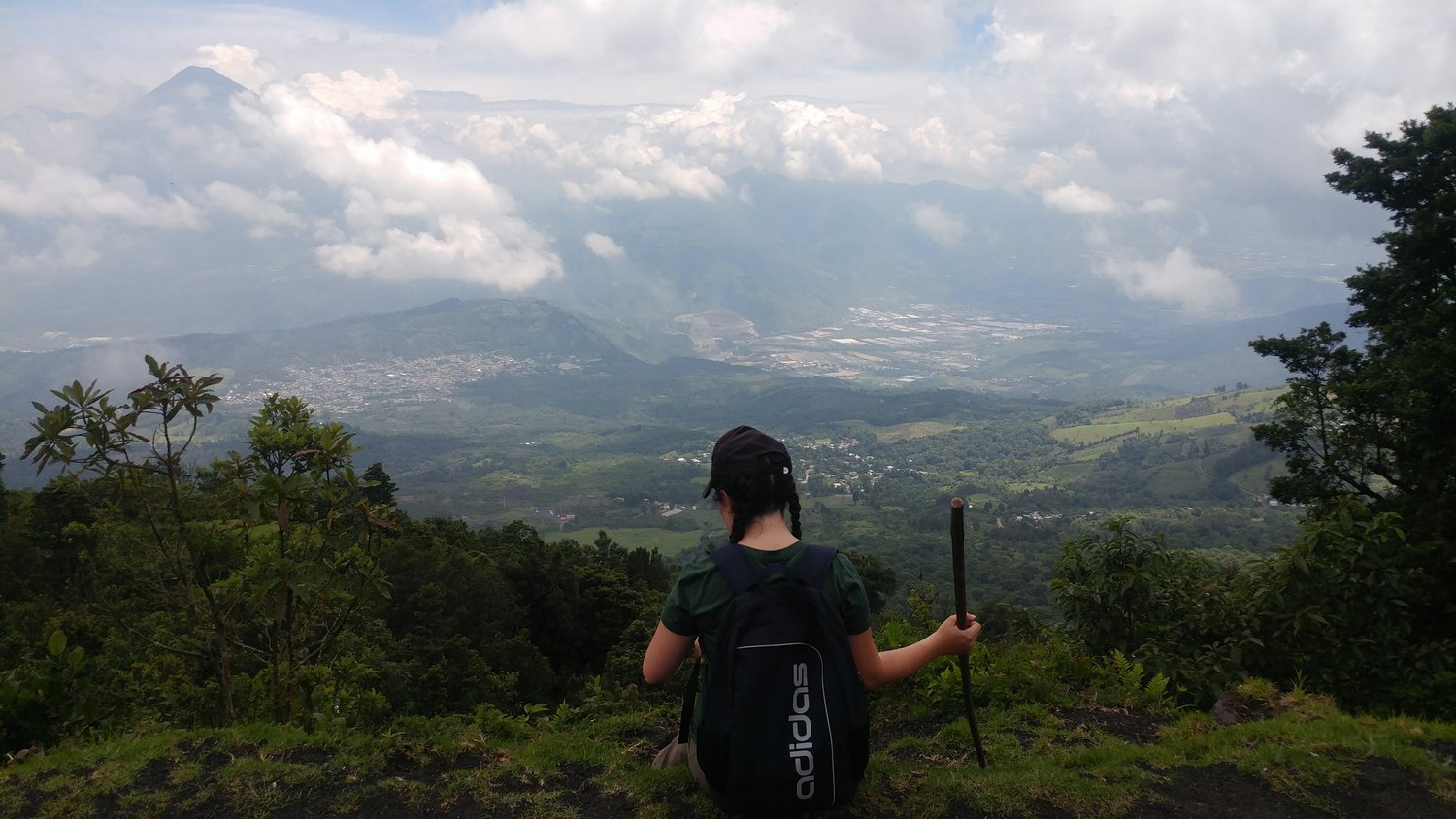 Learning a second language can often take you out of your comfort zone.

Raquel Mishaan has been learning to take on new challenges since birth. Born and raised in Guatemala, she grew up surrounded by Spanish speakers. Her mom wanted her to also learn English however, and encouraged the learning in various forms, even through movies. Raquel recalls that her only real fight with her mother was at a young age, when she fought back against her mother buying a VHS tape of Shrek in English instead of Spanish– she was sick of watching movies in English and not understanding them. When her mother conceded and purchased the Spanish version, it was a small victory for young Raquel– but it wasn’t the end of her English learning, and she now credits her mother for encouraging English through her school and home life. Her bilingual ability is what helped her move to the United States for college.

When asked why she decided to leave Guatemala for Michigan State, Raquel’s answer is quick. She says that she needed to leave her home in order to learn whether she loved her home because it was the right place for her, or it was just what was familiar and comfortable. Her desire to continue learning through this move was important– it would’ve been easy for her to stop with knowing two languages and cultures, something that already allowed her to feel like she knew so much. Instead, in addition to moving for school, she spent a gap year before college in Israel, learning yet another new language and culture– this time by her own choice.

The leadership program Raquel participated in, promoted within her youth group, took place in several locations in Israel over the course of a year. The most influential part of this program may have been the two months spent completing basic training with the Israeli Army. Because the army is a requirement for most Israeli people, as Raquel says, it is used as a way of creating a more cohesive culture among a nation of immigrants; for Raquel, it allowed her to become part of the culture of a country central to her Jewish identity. She describes this experience as the furthest she’s ever been from her comfort zone, and a humbling experience: every night of the first week, she and her bunkmates cried themselves to sleep. The training was created to feel realistic– they slept with guns and, without knowing their schedule, they were forced to respond to their superiors’ orders at any given moment. In addition, Raquel went in without speaking Hebrew. The training forced her to learn, as her commander only spoke in Hebrew and, though it was translated, the constant presence of the language forced her to learn.

The group also took trips to museums, in uniform, to learn about the nation’s history, and to visit other bases– including a memorable trip to a base near Syria, where Raquel still recalls hearing the gunfire and the unexplainable feeling of being so close to a real conflict. The camaraderie that was built through these shared cultural experiences was strong and, by the last day, Raquel found herself crying once more, this time not wanting to leave the community– tears which contrasted greatly with those of the first week.

It seems the new experiences and changes Raquel experienced abroad became an addiction of sorts, one that she continued to feed at Michigan State. During her undergraduate years studying Advertising, Raquel found an interesting study abroad program which took place in Italy. Rather than accepting the inevitable language barrier, she decided to teach herself Italian in order to fully appreciate the beauty of the country– increasing her language capacity to four languages.

To many, Raquel’s multilingualism is certainly admirable, if nothing more than an interesting party trick. In Raquel’s mind, however, what she’s personally gained from these four languages is worth so much more. Because of her experiences with the struggles associated with learning languages and living abroad, she has a greater depth of empathy and humility for others, and an increased awareness of global struggles. She articulates gratitude for the more tangible results as well: “I have access to four times as much music, literature, and art. I get to talk to four times as many people.” And of course, Raquel adds, perhaps the most important lesson that she learned, from the very beginning of her journey, was this: movies are indeed better in their original language.

Love in any Language