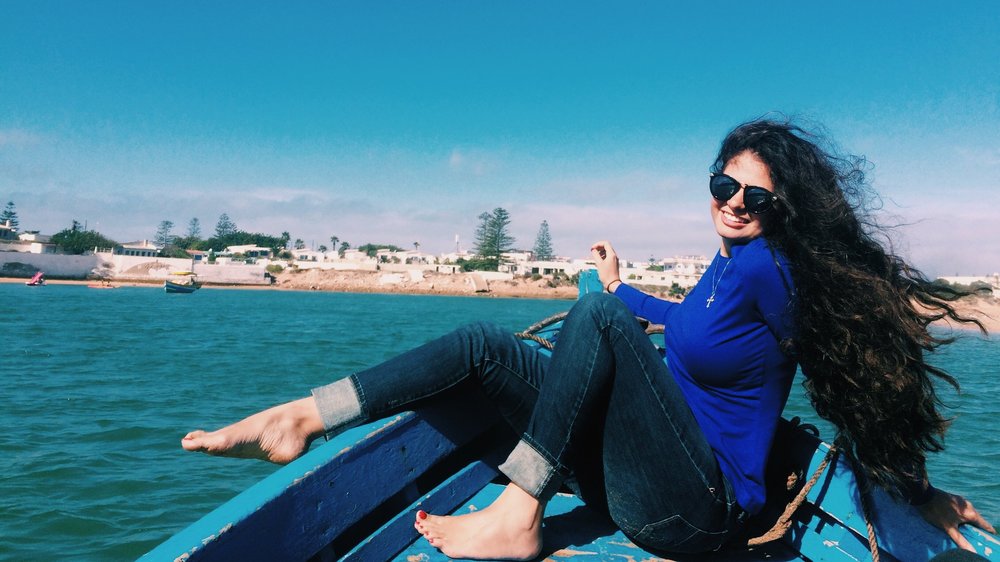 Few people have the same level of passion for languages as Stephanie Saba, a former MSU student who graduated with a degree in Arabic, English, and Secondary Education last year. For Stephanie, though, the language learning experience was not about her time in the classroom, but about the communities she formed– in Arabic classes and student groups at MSU, and in Morocco, where she spent her senior year.

When asked about her reasons for her continued desire to learn languages, Stephanie has plenty. The most central one, however, is simple: “I love languages because that’s how I form relationships with people– people always appreciate it if you can speak to them in their native tongue.” When it comes to being able to have conversations about important and difficult subjects, this is even more true. While in Morocco, it was important for Stephanie to be able to talk about important issues like her faith– as an Arab Christian in a Muslim-majority country, this was not an easy topic– but she was able to engage with others, and hear their stories as well without having to shy away from such subjects due to a language barrier.

Exposure to languages for Stephanie started at a young age. As a kid, her Palestinian parents spoke Arabic to her in the home. Growing up though, she had little interest in learning Arabic. Instead, she distanced herself from the culture after being bullied for it in the years after 9/11. It was only after starting at Michigan State that she decided to embrace her heritage. Originally a French major, she switched to Arabic, became the secretary of the Arab Cultural Society group at MSU, and experienced a deepening love for the community she found there. Eventually, this propelled her to apply for the Arabic Flagship program, which granted her several opportunities to study Arabic, culminating in the Morocco study and intern abroad experience her senior year.

It was during this year that Stephanie was able to combine her passion for education with her love of languages. Along with three fellow students, she chose to intern at the local library. When one of the students, Regan, noticed the library didn’t have a children’s section, the four had the perfect idea for their project. They set up a GoFundMe to raise money for supplies, and then got to work- they tore down walls, collected furniture, decorations, and plenty of books, and managed to transform an old storage room in the library into a children’s section.

Drawing from similar inspiration, Stephanie’s ultimate dream is to use her knowledge of languages to open schools in highly illiterate and underdeveloped areas, preferably abroad. Knowledge of the local languages is key, she believes, to ensure the schools are serving the purposes of the students based on their needs, not a set of needs imposed on them by people who don’t understand their culture. Until then, she has plenty on her schedule: next up, she’s teaching English in Spain, with the intention of coming back with Spanish under her belt as well– a tool she plans to use to communicate with the growing Spanish-speaking population in the U.S., rather than simply expecting them to speak English. After that, it’s on to South Korea or Japan and a whole new language– as Stephanie puts it, trying to catch ‘em all.