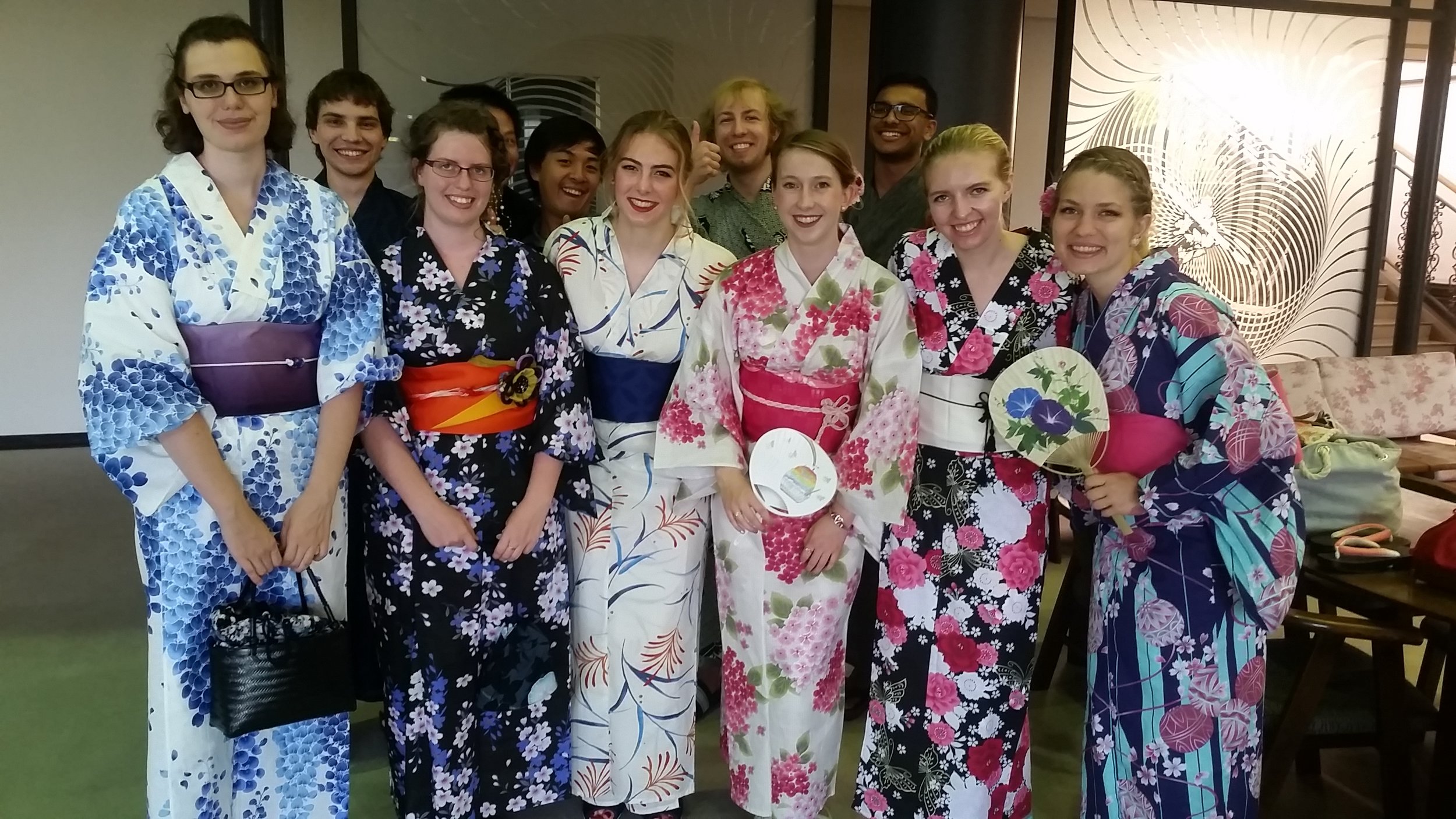 Lily has been dreaming of traveling to Japan since middle school, maybe even earlier. Her first memory being captivated by Japanese culture and language was in the fifth grade where she was introduced to a classmate who had come to her school from Nagoya, Japan. As early as the fifth grade, Lily was able to recognize and navigate the powerful boundary of language barriers: she began watching YouTube videos highlighting Japanese culture and continued to seek out inspiration within her hometown.

A few months following high school graduation, after years of being interested in everything surrounding the topic of Japan, Lily had an incredible opportunity to visit Tokyo for a month and a half. She exclaimed, “Nineteen, spoke no Japanese, by myself, traveling around!” When preparing for her first train ride to a new city, she remembered calling her mom in tears. While traveling across the world is exciting, even if it’s to our dream country, we tend to forget there are also moments of homesickness and frustration. Lily honored her vulnerability as part of her learning process stating, “Sometimes you just have to put your dignity on the line. Everyone says it’s good to make mistakes and it definitely is.” With a little encouragement and a boost in confidence, Lily embarked on a what she describes as a fabulous journey and one that would change her forever.

Fast forward a couple years later where Lily currently attends Michigan State University studying Japanese. Here she has fostered numerous relationships that have continued to lead her to an even deeper love for her second language. In pursuit of making her wildest dreams reality, Lily found herself living with a host family nestled in the heart of Nagahama, Japan.

Building and nurturing connections may have been one of the most valuable aspects of Lily’s experiences abroad. From finding a way to stay connected to family and friends back home through vlogging, adapting to a new way of life in Japan, building a profound connection with her host family and continuing to build networks at MSU through her language program, Lily feels these experiences have opened her to a world of possibilities.

“I absolutely feel learning Japanese made me part of another community,” she proudly added. There are many aspects to take into consideration when traveling across the world. “When you go to a country where you don’t speak their language and you try to be a part of their culture, it’s much harder.” Having the knowledge to communicate with locals allows you to build deeper connections filled with shared empathy and compassion.

“I mean, it’s never a bad thing. It’s always a good thing,” Lily stated in regards to learning a second language. “Empowering is such a good way to put it. I’m still trying to figure out how my study abroad changed my life because it changed me in big ways but also it changed me as a person, so I’m still coming to see that when I’m put in certain situations and I think to myself, oh I can handle this because I’ve done this.”

When asked about pursuing her passion of language, Lily spoke wholeheartedly. “It’s helped me to really make connections and get to do things that I didn’t even know existed or thought that I could ever do.” She continued, “Now I’ve been to Japan three times, I never thought that that would happen my whole life. And I’m not done yet!”

Lily’s story is an inspiring example of how following your dreams truly can lead to a world of opportunities you never thought were even possible. While her passion for Japanese continues to guide her everyday, she hopes to find herself living in Japan after graduation. With dreams and passion as powerful as hers, we know her fourth trip to Japan is just around the corner.

It All Began With a Dream

The Art of Finding One’s Passion