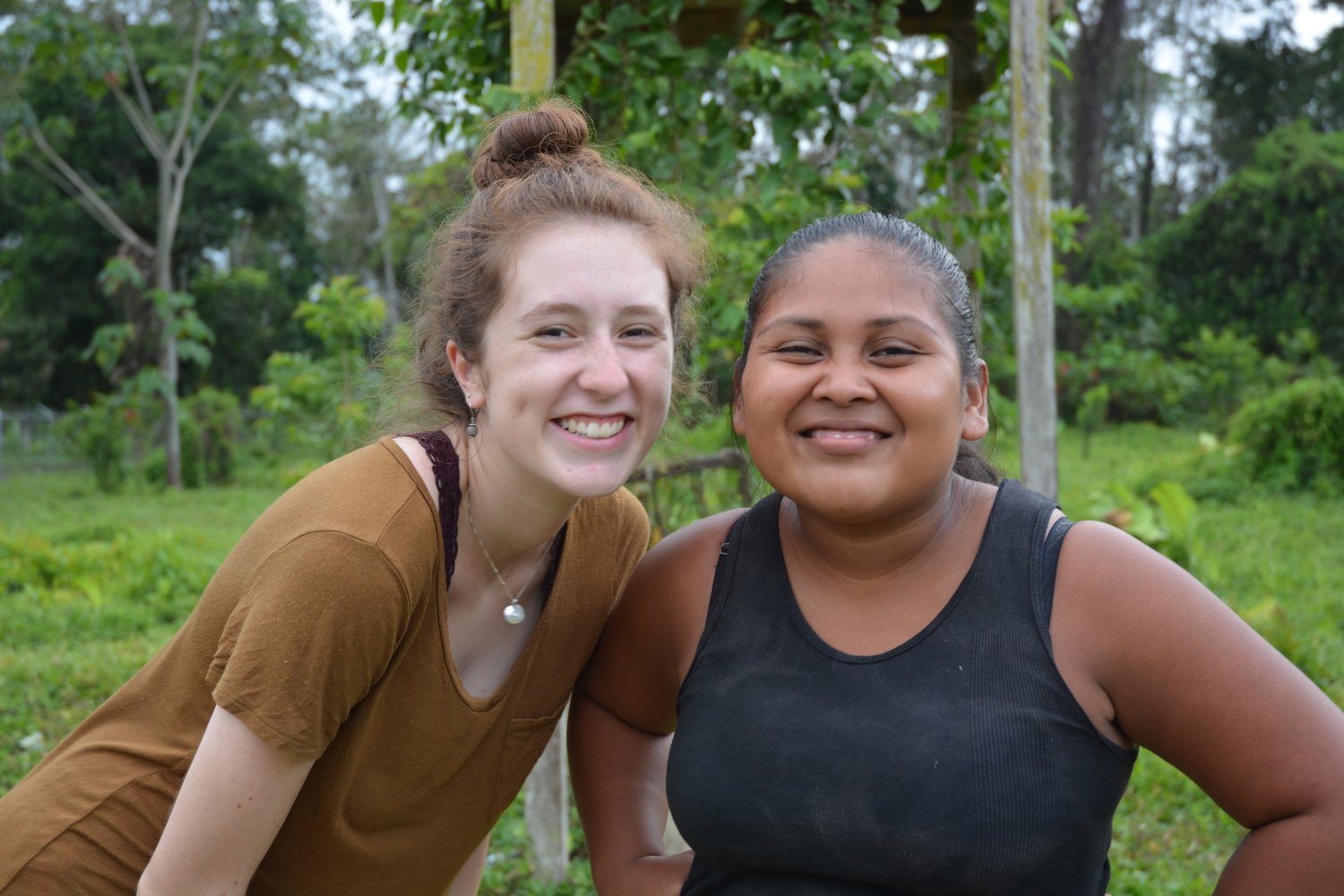 Sjana had studied three languages before leaving for Costa Rica, but Spanish was not one of them. From a young age, Sjana was exposed to the importance of language learning from a cultural perspective. Her grandfather was an important figure in her tribe who worked to bring back the Odawa language, Anishinaabemowin, in her Northern Michigan community—this also happens to be the native language of the people on whose land Michigan State now resides. Along with taking classes in her tribal language, Sjana also studied French in high school and during her first year at Michigan State. In her second year of college, she decided to study abroad in Spanish-speaking Costa Rica as part of her Arts and Humanities major, which meant she’d be learning yet another language—though this time in a very different setting.

The RCAH program has established partnerships with several local communities in Costa Rica; after spending the first half of the program in a classroom, pairs of students split up to live and conduct research in these communities. Sjana knew going into this that she wanted to work with one of the indigenous communities due to her own indigenous background, as well as her academic interests—she’s minoring in American Indian and Indigenous Studies at MSU. The beginning of the program leading up to the research was challenging—with no prior experience studying Spanish, Sjana was unable at first to even communicate on a basic level with her host family. But between intensive language courses and the benefits of complete immersion, she acquired the language quickly, and felt prepared to apply it. After learning as much Spanish as she could in the first two months, Sjana and a fellow student moved to Los Shiroles, the community where they’d be conducting research for the rest of the program.

For their research project, Sjana and her partner worked with the local high school, conducting surveys and asking the teenage boys how they felt about their culture and identities. Sjana recognized that their experiences were very different from her own, as was to be expected, yet they were also able to find common ground in the discussions. “We could just talk about it, what it’s like to be indigenous.” To end the project, Sjana’s group worked with the boys to paint a mural reflecting those feelings.

Overcoming a language barrier was not the only challenge that faced Sjana in doing community research. She and her partner also faced a unique challenge, in that her group had to first focus on establishing a relationship with the community they worked with, as they were the first RCAH students there. Sjana’s personal background gave her one way to connect with the community; additionally, in order to establish a mutual relationship, the students had all done a lot of preparation in advance. While they were learning Spanish, they were also spending time talking about best practices for community-based research. Sjana says that they struggled with the fact that they didn’t want to fall into the classic, problematic trap of the ‘white savior.’ It was something they worked actively to avoid. “We wanted to do something with them, not for them.”

In the end, they succeeded in their goal of building lasting relationships with the members of the community, from their host families to other local students who worked with the school. These relationships also didn’t end when the four months were up. Sjana still talks with friends from her temporary home in Costa Rica, and plans to someday return; in the meantime, there is a new group of Spartans currently partnering with the community thanks to the relationship that Sjana was able to help establish.

As a junior at MSU now, Sjana isn’t sure yet what her future holds for her, but her experience in Costa Rica is certainly related in many ways: she hopes to continue to focus her work on indigenous studies, and she also plans to continue learning languages. At the very least, she hopes to continue taking the Anishinaabemowin classes offered back home in Petoskey, to keep learning the language for herself and for her family, as well as keep up with her Spanish, so she’s able to sustain the relationships that were built in Costa Rica. However these interests may come together, Sjana will be prepared—after conquering so many challenges on her study abroad, she feels differently about herself: “I’m more sure that I can do things.” This is a deceptively simple statement, but most of us know that self-confidence doesn’t come easily; Sjana’s story shows that succeeding in something as difficult as learning a new language could be the catalyst that leads to a new understanding of yourself.

Mending Broken Relationships Beyond the Border

Putting It All Together