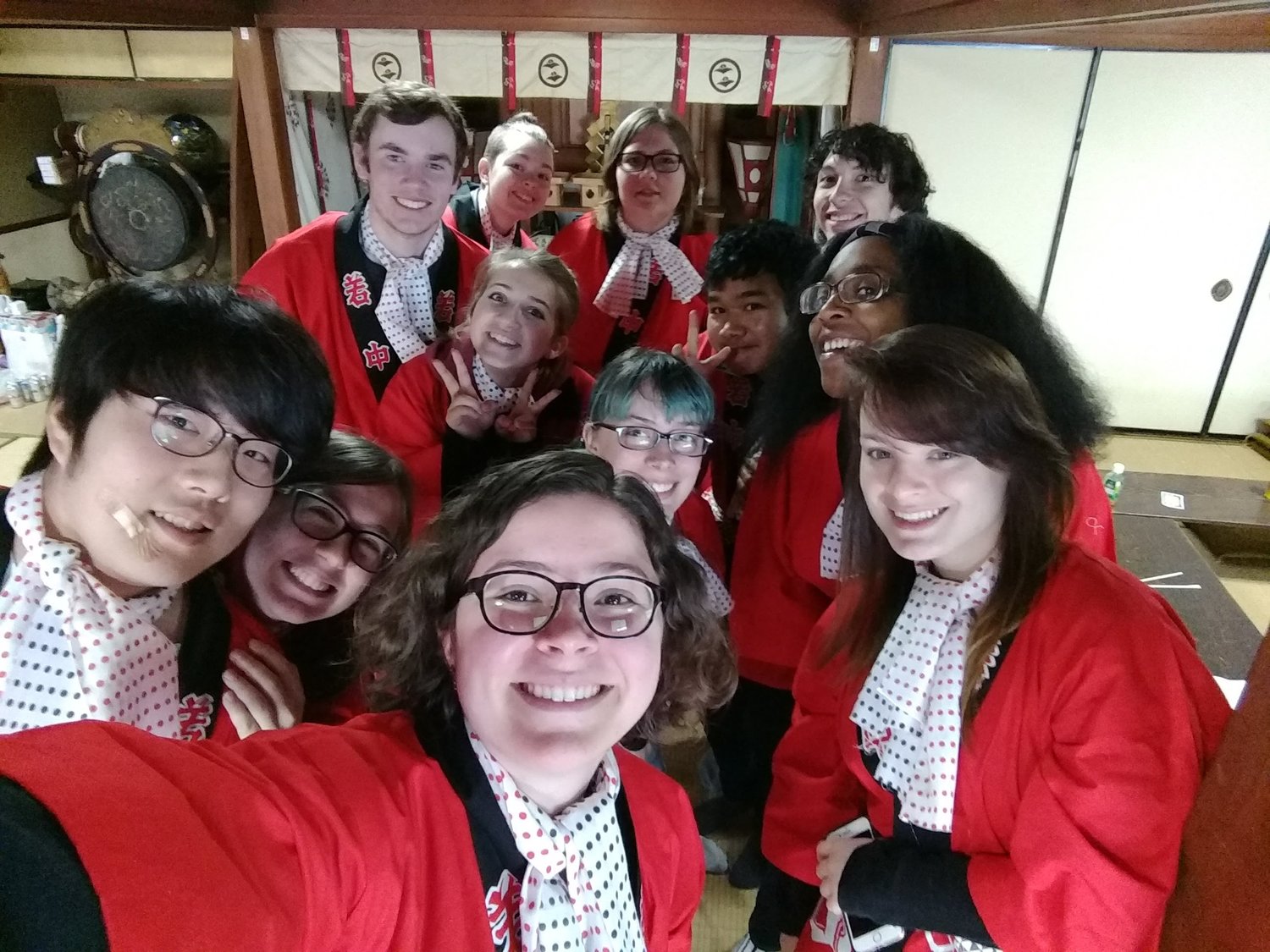 Bridget Hanchek started studying Japanese in high school because she was entranced by the idea of studying something that at the time was a total mystery to her. Beyond this, she admits that she didn’t really have any aspirations regarding a future with the language—she certainly had no idea it could turn into a career pathway. Now in her senior year at Michigan State, Bridget is double majoring in Japanese and professional writing, with a focus on editing and publishing. After graduation, she’s interested in working in the localization industry as a way to combine her two interests, an idea that formed out of her passion for storytelling.

Though she planned from the beginning to immerse herself in Japanese while traveling and studying abroad, Bridget was always more interested in reading and writing in her second language than actually speaking it. She traces this back to a translation of a Korean web comic that she stumbled across online as a high schooler. The comic was about finding happiness in life and being meaningful in what you spend your life doing, a message that helped her refocus her life on things she was most passionate about. Even more impactful than the content itself though, was the realization that followed it: she was moved by the thought that she never would’ve been able to understand the comic or have this shift in her worldview if someone hadn’t already translated it into English.

When we talk about building community through language learning, we’re often talking about personal relationships between people who speak different languages. Bridget, on the other hand, became curious through this experience about connecting with a larger community through the written word. “I was really interested in being part of the process of bringing stories from one place to another to make them available to a wider audience.” After all, there could be more people like her, waiting to read a life-changing story but unable to do so because of a language barrier.

She started to get an idea about how exactly she could participate in this process while working remotely for a Japanese culture magazine in college. The magazine was not written in Japanese as it was aimed at English-speaking expats living in Japan, but she faced unique copyediting challenges—such as the occasional awkward translation or confusing cultural reference—because of the influence of a foreign language on the writing. Thanks to her work studying the language, she was better able to identify and correct these errors. This process was what got her interested in the localization industry. In localization, someone like Bridget checks a translated work to make sure that it sounds natural in the target language, that cultural references are explained, and that accuracy in meaning is maintained. This was the first moment in which Bridget realized that her language studies could have a purpose beyond her goals of traveling and studying abroad—localization was the perfect way to combine her interest in Japanese with her work in publishing.

While completing an eight-month study abroad in Japan last year, in addition to taking a heavy course load of intensive language classes, Bridget was able to do an internship helping a Japanese company with writing and editing their English translations. The work was most exciting because it felt like she had finally found a place where people with her type of language skills were useful. Previously, she had shared a common concern among language learners: if I’m not completely fluent, what can I do with the language? Thanks to her experience with localization, Bridget realized that although at the beginning “it’s kind of hard to see opportunities,” in the field, “there’s a lot that you’re able to do secondarily, without necessarily needing an expert knowledge of the language.”

Looking back to the beginning of her language journey, Bridget is proud of how far she’s come. After years of studying a language that used to be completely foreign to her, she’s now able to relish the feeling of “I’ve done this. I’ve made sense out of this mysterious thing”—even if she’s not done learning yet. After returning from her year in Japan, Bridget’s connection to Japanese didn’t cease—she now writes and talks to students about her experience in her job at the Japan Center for Michigan Universities; she recently won an award for a paper about Japanese history; and she’s currently finishing up her last class for the major, in translation, no less. The contrast between where she imagined herself going at the beginning of her journey is not lost on her. “So many things in my life are now even tangentially related to Japanese study, which is a position I never thought I’d find myself in.” Bridget’s second language has become a part of her identity, and regardless of what work she finds after graduation, that part of her identity won’t go away. Bridget discovered, as so many others before her have, that once you fall in love with a new language, there’s no going back.

The Sentimental Value of Language and Watches

The Perks of Being Multilingual: Leaving Your Comfort Zone (Without Jumping Out of a Plane)