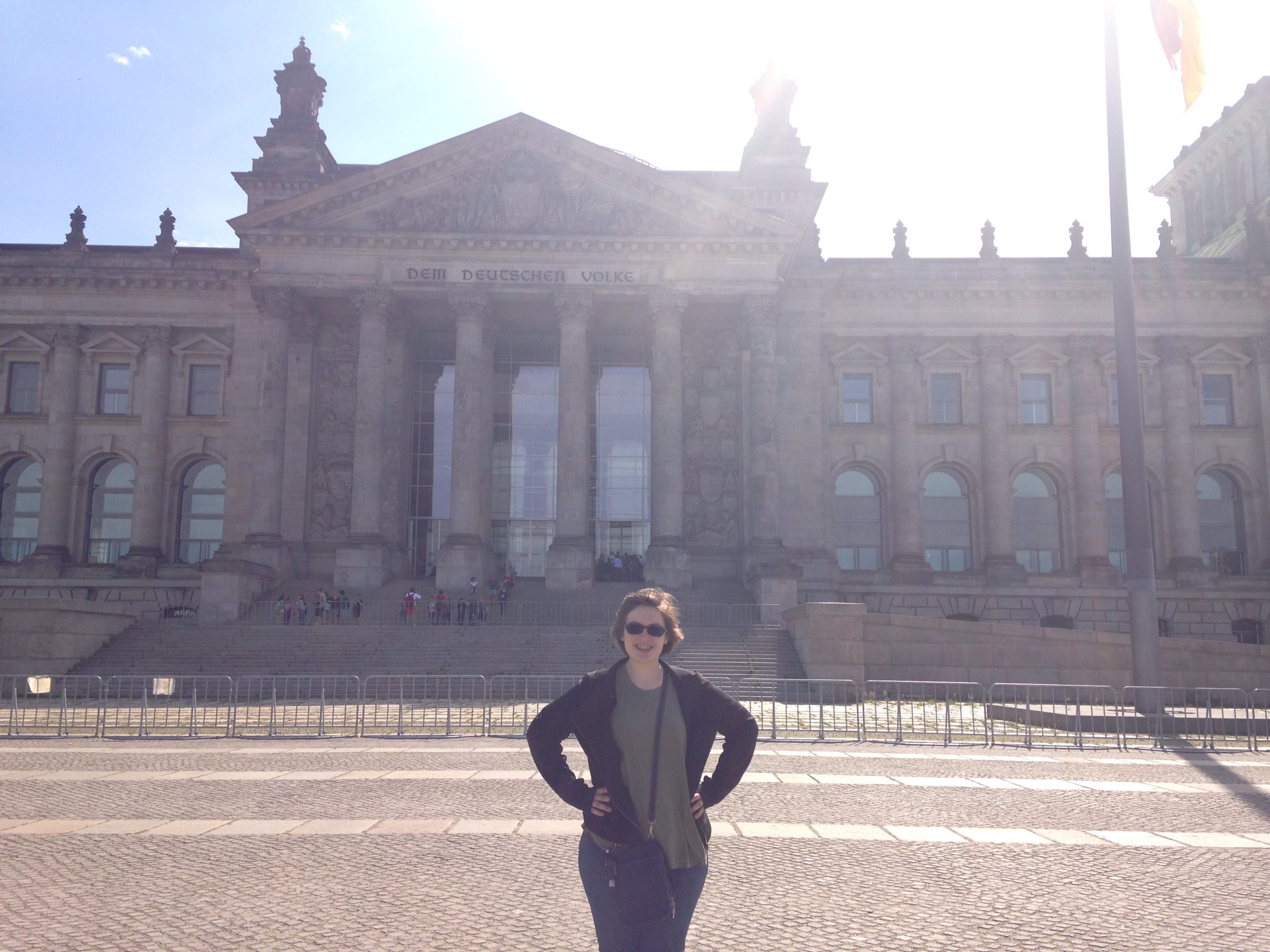 Being stuck in the house for the past few months has inspired many to be adventurous in different ways, whether it be trying out fun recipes, getting a new pet, or maybe even learning a viral Tik Tok dance. While she was bummed about not being able to participate in the MSU Marching Band for her Junior year at Michigan State, Kaylee McCarthy was excited to use her newly found free time to do something that she has always loved to do: learn more languages. As Kaylee’s story shows, there are multiple ways to learn languages, and it is always a good time to start.

She enjoyed learning the German language and culture so much that she made it one of her three majors here at MSU. Her second year in college, she participated in an Arabic Integrative Language Option through her college. In the Spring semester of her Sophomore year, MSU switched over to online learning in response to the pandemic. Over this quarantine period, Duolingo became one of her favorite pastimes. Now, in her third year, Kaylee is starting out in French 101, and is excited to see what doors this new language can open. Over the years, she has realized that there are many different ways to learn a language, and that doing so takes you far beyond any classroom, whether it be using your skills abroad, online, or with speakers in your own community.

Not only is learning a new language extremely beneficial, it’s also fun! In her first German class taken at Michigan State, they held an open house at the end of the semester. The open house was an exhibit based on the question: “What is German?” Her object was a piece by Joseph Beuys, a German artist in the Fluxus movement, which was a community of artists from all over the world in the sixties and seventies who promoted the artistic process over the finished product. In one of Beuys’ works, How to Explain Pictures to a Dead Hare, he carried a dead rabbit around a gallery with him and talked to it about the art. During the performance, he wore gold leaf and honey on his head. Kaylee did her best to recreate the look and got to share what she’d learned with the community.

Another fun language learning opportunity Kaylee participated in was an Integrative Language Option (ILO). An ILO is a sort of free language club offered to students through Michigan State’s Residential College in the Arts and Humanities. In an ILO, you work closely with a fellow who is fluent in the language to increase your speaking skills and create a project to showcase at the end of the semester. Kaylee has always wanted to learn Arabic, so she decided to give it a try. She worked closely with her fellow to complete a project on traditional Arabic music and instruments, focusing on Umm Kulthum, a talented Egyptian singer, songwriter, and actress nicknamed كوكب الشرق, or ‘Star of the East’. She really enjoyed her experience and plans on joining another ILO in the Spring semester.

Kaylee had originally planned to spend her senior year studying abroad in Freiburg, Germany, but now is unsure if that will become a reality. She’s not letting that get her down though, “Whatever happens, happens,” she says, “c’est la vie.” If her year in Freiburg doesn’t work out, she is thinking of attending graduate school in Germany. With majors in German, Art History, and Arts and Humanities, I think it’s safe to say that she will be able to find opportunities in Germany at any point in her life.

Wherever she goes, Kaylee will always have her languages with her. No matter how you acquire a new language, being able to communicate in another tongue is encouraging and gives you confidence that you can do anything you set your mind to. “I feel like learning a language kind of shows that you value cultures other than your own, and that you’re willing to try to be able to connect with more people,” she explains, “De-centering yourself in how you view the world is really important, and viewing other people’s cultures as equal, just different to yours.” Learning to speak in another tongue opens your mind just as much as it opens doors and reminds you how vast our world really is. So many more opportunities will show themselves with another language under your belt, whether it be across the world, or in your own community. “Not only is learning a new language good for you, but it’s also good for how you engage with the world.” In the classroom, overseas, or online, there’s no wrong way to learn a language. Next time you’re looking for something to pass the time, give it a try!