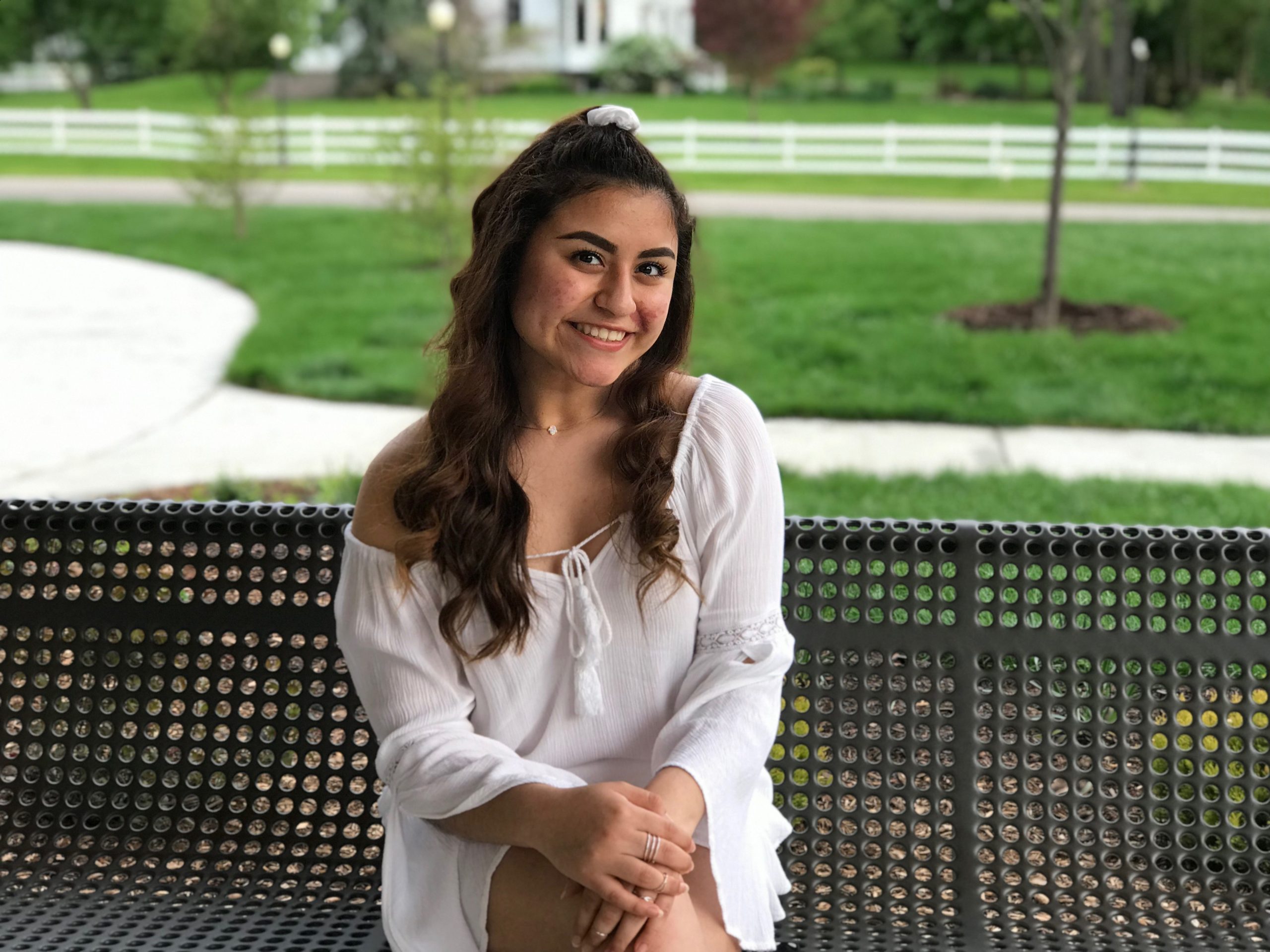 Alexa Delon is a freshman at Michigan State University studying in Global Studies in the Arts and Humanities with a minor in Korean. Language and culture aren’t just the majors she chose to study; they’re central to her identity and the reason she chose to attend MSU in the first place.

Though she took her first Korean class at MSU this fall, Alexa first became interested in the language many years ago. In eighth grade, her Korean friend introduced her to a Korean TV show on the bus one day. Her resulting interest in Korean dramas led to an interest in Korean music, and from there, she started to become more curious about the meaning behind what she was listening to. As she put it, “Music is a universal language, but it’d be cooler if you knew what they were saying.” So with the help of language learning apps like Duolingo, Alexa started teaching herself Korean. When she started looking for colleges, she chose MSU in part because it offers Korean classes, something she didn’t have the opportunity to take before college.

Long before studying Korean or attending MSU, Alexa had firsthand experience speaking multiple languages. The daughter of Mexican immigrants, she grew up bilingual, speaking Spanish at home with her parents and English in school. Though she quickly mastered both languages, her identity presented unique challenges in a nearly all white, conservative high school. In Spanish classes, she was often singled out for being the only native Spanish speaker—students wanted her help with their homework, and teachers expected her to answer every question. Yet outside of class, speaking Spanish or expressing her culture was looked down upon. Being bilingual and identifying with multiple cultures, she found, could be rather isolating.

In stark contrast to her high school experience, though, Spanish and Korean have been some of the main ways that Alexa has made friends in her first year at MSU. “You make all these connections because of a language,” she says. Whether in Korean class or in student cultural organizations such as Culturas de las Razas Unidas or the Korean Student Association, she’s connected with people precisely because of their shared interests in language and culture.

These contrasting experiences highlight the motivation behind Alexa’s studies. By focusing on Global Studies and Korean, Alexa hopes to develop her cultural knowledge in order to foster understanding and connection across cultures, in place of isolation and discrimination. As a freshman, she’s not sure exactly how she wants her career to relate yet, but she has enough direction for now. As a member of the Citizen Scholars program at MSU, she’ll have the opportunity to do volunteer work in the community over the next four years; one area she’s particularly interested in is working with immigrants and refugees. “Being the daughter of immigrants, I feel like it’s my duty to help others.” She also hopes to study abroad in Korea by junior year to further develop her understanding of the language and culture, and how she can bridge the gap between people and countries that speak different languages.

Even with all plans aside, Alexa wants to continue studying Korean simply because she’s curious and passionate about it. She knows that she may never have as good of an opportunity to study the language as she does at Michigan State, so she decided to take advantage of it.

In this sense, Alexa’s story is an example for anyone who’s interested in learning a foreign language. There’s no better time than college to get started, especially at MSU where so many languages are offered. So why not take the chance? However many languages you grew up speaking, Alexa points out, “one more language can’t hurt.”

SAGA: Discover the World Through Storytelling