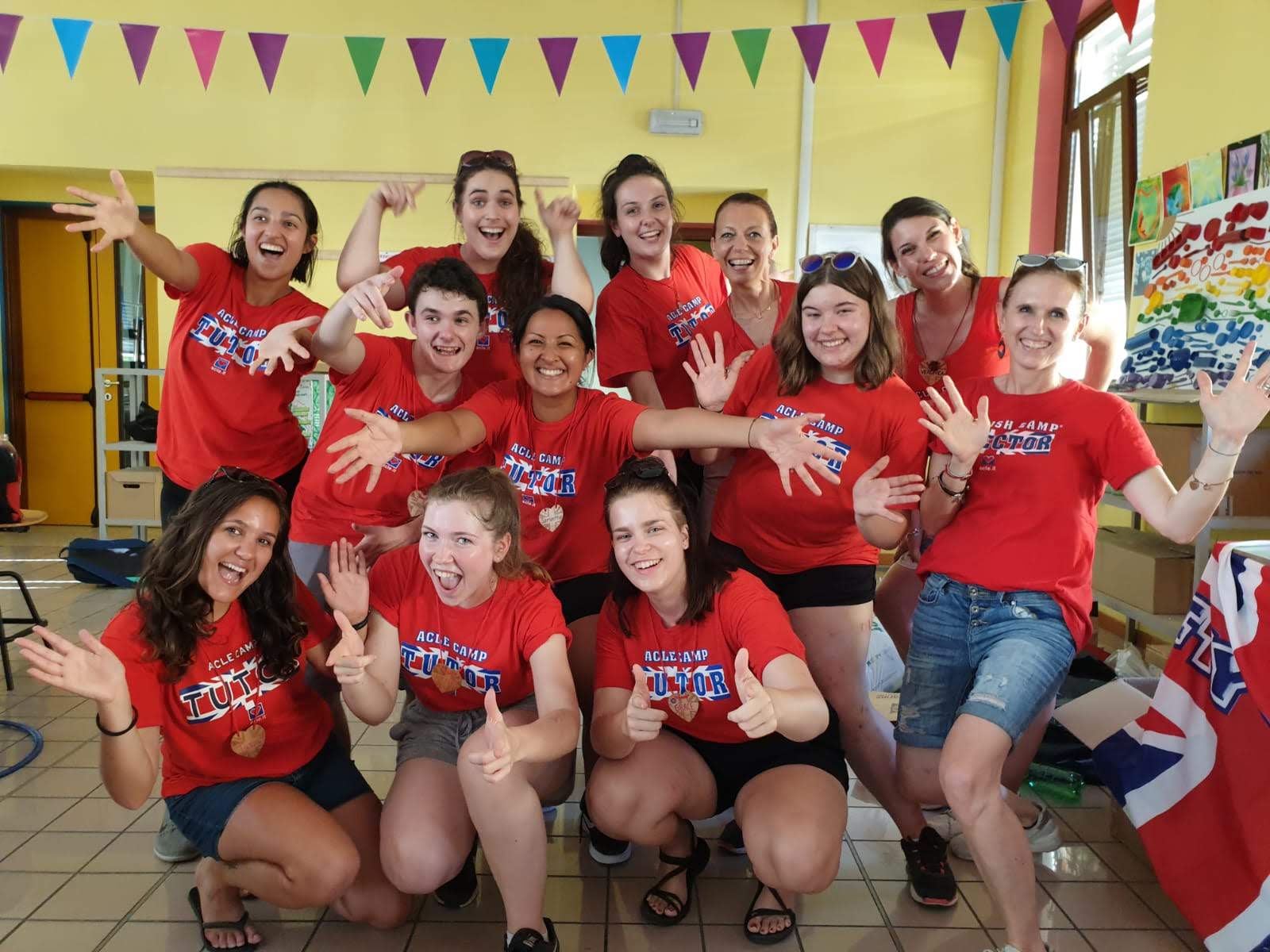 For many students, college is a period of time that’s filled with possibility, self-exploration, and more than a little uncertainty. As a senior at MSU, Grace Koeple may not be completely certain what she’ll be doing after graduation, but she’s certainly excited about the possibilities. As she was telling me about a broad range of her life experiences, from her recent summer in Italy to early childhood exposure to languages, she paused for a moment to reflect. “I just had this thought yesterday, that this might all be connected, and my life is kind of falling into place.” What’s guiding the pieces of the puzzle into place, as she puts it? A passion for languages, culture, and the connection with others they both foster.

Last summer, Grace spent three months living in Italy, teaching English to elementary and middle school aged children. She stumbled upon the position randomly, scrolling through Handshake with a friend late last year, when she spotted an unusual job posting that piqued her interest. Before she knew it, she was on a flight to Italy, one step closer to earning her TEFL (Teaching English as a Foreign Language) certificate. Teaching was not an area Grace had focused on before, but this particular form of it was a perfect fit: it combined her long-held passion for youth work with her interest in linguistics and foreign languages. It also meant that she got to return to Italy, only a year after she’d fallen in love with the country during a study abroad in Florence.

As part of the program, Grace used games, songs, and fun activities to teach English, helping students associate positive feelings with the language learning process and as a result, making their learning more successful. It was here she noticed the connection between her two areas of study: the positive results she saw in her Italian students fit well with the research she’d completed the previous year as part of an independent study for her Arts and Humanities major. While studying the effects of classes in the arts on children, she came to the conclusion that the arts promote agency and empowerment by promoting sociability and connection. While the first study focused on hands-on art in a studio, Grace saw these same benefits brought about through language learning during her time in Italy.

Recently, she began to consider language learning might’ve had a similar effect on her own life. Growing up, Grace began hearing foreign languages through her French and German au pairs. Though she no longer remembers the languages, the seed of interest in culture and language was planted. Studying Latin in high school several years later was the real turning point. “Studying Latin was the first time that I actually felt like I was good at something academically, and that was when I really started to take agency over my education.” Though in college, the study of Latin shifted into Italian, the positive feelings she’d associated with language learning stuck. Other than just being good at it, Grace stuck with language learning because it changed the way she showed up with others. “My study of language has made me more interested in connecting with other people.” While riding the bus home to Ann Arbor last year, she was able to connect with a stranger because she heard him speaking Italian; the conversation they had made her own day as much as it made his to be able to speak in his native language—on his birthday, no less. Just as her own research showed, language learning was a way to promote more connection and interaction with others.

Grace’s experience as a language student also isn’t going to stop with Italian. This semester, she started her first Mandarin class at MSU. While she admits being nervous when she first had to start over with a new language from scratch, she’s found that it reinvigorates the excitement of language learning as well. She’d wanted to learn Mandarin since she was a child—growing up, she heard the language occasionally spoken by her Chinese aunt and cousins. At six years old, when Grace had to create an ethnicity pie chart for a class project, she actually put Chinese as part of her ethnicity. At that age, she didn’t yet understand that just because her cousins were Chinese didn’t mean that she was too. Though she’s wanted to study the language since then, she never took the leap. That changed last year, when she heard a lecturer give a talk about opportunity-taking and living life without regrets; feeling inspired, Grace hadn’t even left the lecture hall before she pulled out her laptop and signed up for intro to Mandarin. Only a few weeks into the semester, she’s already found herself sitting in Chinese class and accidentally taking notes in Italian—what she calls a happy accident. And just as Italian was able to help Grace connect with new people, she hopes her Chinese studies will help her connect on a deeper level with her own family members.

Whatever the future holds for Grace, she believes that the connection she found between her passions for language, youth work, and arts education will be involved in some way. She’s currently applying for a Fulbright to teach English in Italy; she’d also love to live in China, or at the very least, she jokes, take more Chinese courses in Italy. No matter the exact path she takes, one thing is certain: she’ll cross the Atlantic again. Leaving Florence after her study abroad a year ago, she felt sad to leave, but she also described the overwhelming feeling she had, that she just knew she was going to come back—which to some extent, might’ve become a sort of self-fulfilling prophecy. So this year, even as she returns to East Lansing for a final year of college, Grace feels perfectly confident that whatever the future holds, her new second home in Italy will be a part of it. And most importantly, the lessons she’s learned from the arts, through language learning, will continue to help guide the pieces of her life together.

Languages: An Antidote to Hatred

A Poetic Connection to Language Learning