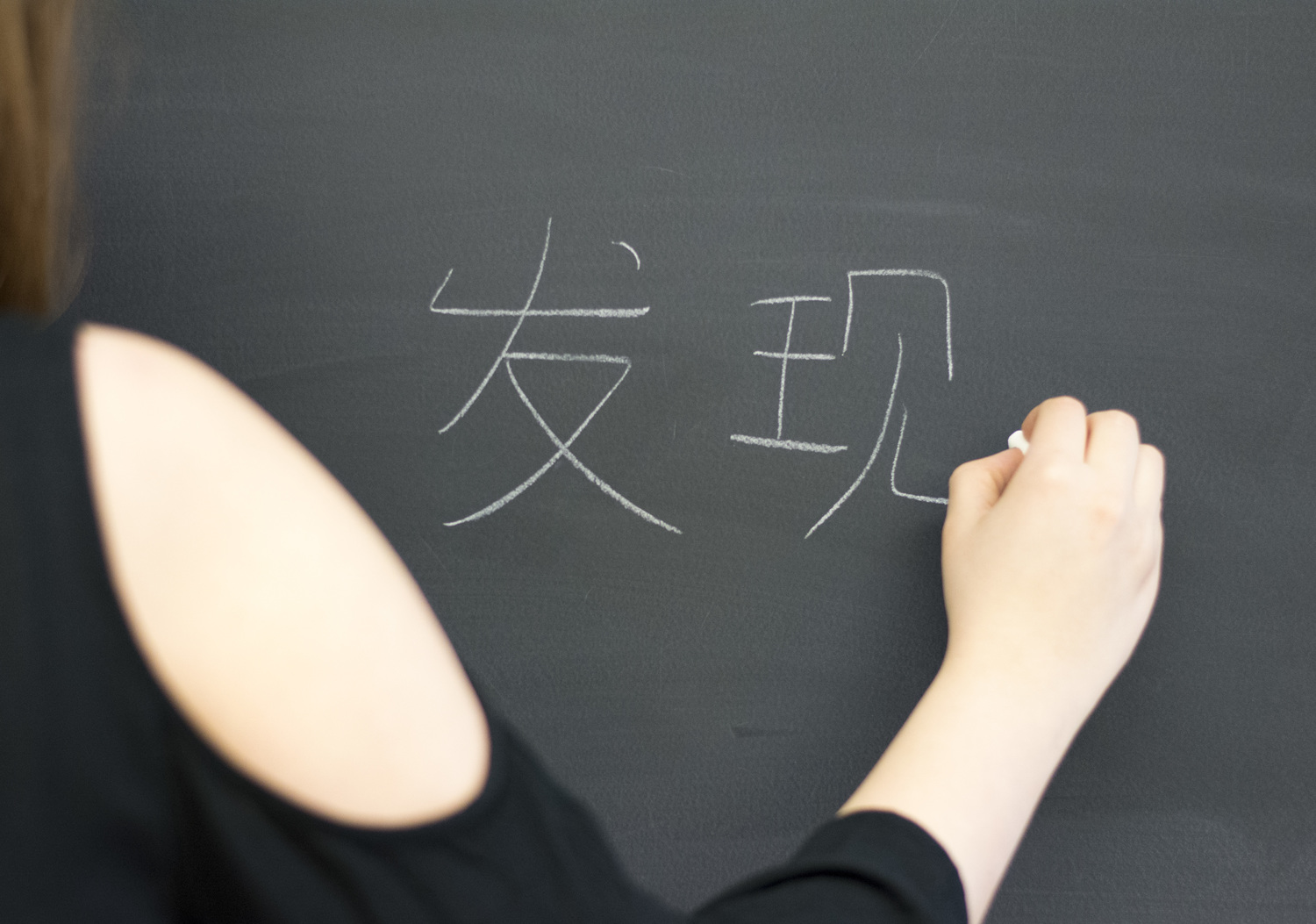 This piece by Katherine Stark originally appeared on The Current.

It’s no secret that Americans place very little importance on foreign language learning in comparison to other countries. Whether or not this is a problem for our country comes with different answers, depending on who you talk to. A Pew Research study found that the percentage of students learning a foreign language in school across European countries is at a median of 92%, while America lags behind at 20%. And if K-12 education is inconsistent with its foreign language requirements, colleges and universities are doing just as poorly. In a study of 1,100 higher education institutions in the United States, only 12% require intermediate-level language study, according to the American Council of Trustees and Alumni. An MLA study further found that requirements aside, between 2013 and 2016, language courses at colleges and universities saw a 9.2% drop in enrollment. It certainly seems contradictory that even as our economy and social networks are becoming more global than ever, fewer students are studying foreign languages. Placed in the context of the racism and xenophobia that fills our current national rhetoric, these numbers have even greater consequences.

Taking a step back, we should consider why language study is not emphasized in the way that other core subjects are. The end of the Pew Research study suggests that this lack of emphasis on language study “might reflect Americans’ perceptions of what skills are necessary for workers today.” As of 2016, only 36% of Americans believed knowing a foreign language was a very important trait for success in today’s job economy. Traditionally, language advocates have spent most of their energy trying to convince students and parents that language learning can benefit success in school, future careers, and even overall brain development and intelligence. But if only a third of the population believes in those benefits, and enrollment continues to decline, it might be time to accept that this particular argument simply isn’t compelling enough anymore.

Even if there were no guarantee that learning a second language would get you a job or have a tangible impact on your career, most people who have learned a second language or researched the subject would say there’s still a reason to study one. Over the last two years, I’ve interviewed MSU students who’ve taken foreign language classes here, and one clear pattern emerged from their interviews: few of them focused on the “practical” benefits of their studies (e.g. job opportunities, performance in school) as the most important thing they’ve gained. Instead, almost every student has a story about the personal transformation they experienced in the process, as well as an increase in empathy and connection with others they’ve found thanks to learning a second language. Learning another group’s language—and often by extension, culture—has allowed them to change the way they understand themselves and those around them.

A senior in RCAH (Residential College in the Arts and Humanities), Grace Koeple is minoring in Italian and has now spent the last two summers in Italy—first for a study abroad, then for a job. Whether with her host family in Italy or a stranger she met on the bus, she’s found that her ability to speak a second language has fostered connections she may not have had otherwise. “My study of language has made me more interested in connecting with other people, and not just using my language and expecting them to know my language so that I can connect with them,” she said.

It’s a distinctly American characteristic that we expect others to speak our language, even when we don’t speak theirs. Several other students also mentioned the way that becoming a language learner increased their empathy for others who don’t speak English as their first language. At a large institution like Michigan State University, native English speakers might be more likely to run across this situation than they were in their lives before, whether with professors, TAs, or international students. The immediate reaction of many is frustration. But every student who’s struggled to learn a second language, in class or abroad, can understand the frustration of being unable to communicate what’s in their mind.

Beyond becoming more understanding of language barriers, students who studied languages spoke of the way it helped them understand other groups. A senior minoring in Chinese at MSU, Alaunie Smiley says that she can’t imagine how her experience at MSU would’ve been without studying Chinese. Though her Chinese skills might not appear to be as immediately relevant to her future career as a veterinarian as science courses, Alaunie found that the benefits she gained from her language studies were still important to her development as a student. “I gained so much by learning from a different culture—it forced me to go outside of my bubble and learn about what other people are going through,” she said.

Increased empathy for others shows up in larger ways than in one-on-one interactions too. When we listen to or read the news, for example, it’s natural that we pay most attention to the issues that will directly affect us. But empathy is an excellent force to combat this narrow focus. When issues such as natural disasters or civil war impact a group of people that doesn’t include us, whether in the U.S. or halfway across the globe, empathy makes us more likely to care about the effects.

A recent graduate of the James Madison College, Landon, learned this lesson by studying Chinese. “Once you see yourself as a global citizen, you start to realize the humanity in others regardless of where they come from.” And once you’ve seen the humanity in people different than yourself, it’s hard not to feel empathy for the issues that are affecting their worlds—even when they’re not directly affecting your own.

Though these examples are only a few case studies, plenty of researchers have come to similar conclusions. As reported in The Atlantic, one study found that children who speak multiple languages are more easily able to understand other people. Interestingly, the benefits were not reserved for children who were fluent in another language—those who were not fluent, but regularly exposed to another language, were similarly skilled at understanding others compared to monolingual children.

Some theories on how language learning can improve our ability to imagine someone else’s perspective propose that the reasons could at least in part be due to actual changes in our brain. A Quartz article from 2017 explains one such theory, which is that there’s an overlap in the way multilingual brains treat languages; for a bilingual person, the same neurons in her brain that help her speak English will also help her speak Spanish. Scientists suggest theorize that as they work overtime to manage this overlap, the brain’s cognitive control systems are strengthened. As a result, that person’s ability to inhabit her own personal perspective and in turn, other people’s perspectives, increases. This ability is fundamental to increasing empathy in elementary and college-aged students alike.

While preparing students for their future careers is an important goal of education, another is to prepare them for their lives in a broader sense—to be good citizens, to build relationships with those around them, and to contribute to society in positive ways. At a time in our country when social and political division is higher than ever, and the welcoming of foreigners and cooperation with other countries is similarly challenged, the ability to understand others is arguably one of the most important skills a student could bring into their future careers and personal lives. If language learning fosters empathy, perhaps it’s time that our education system reconsiders the subject as a priority, not just another elective.