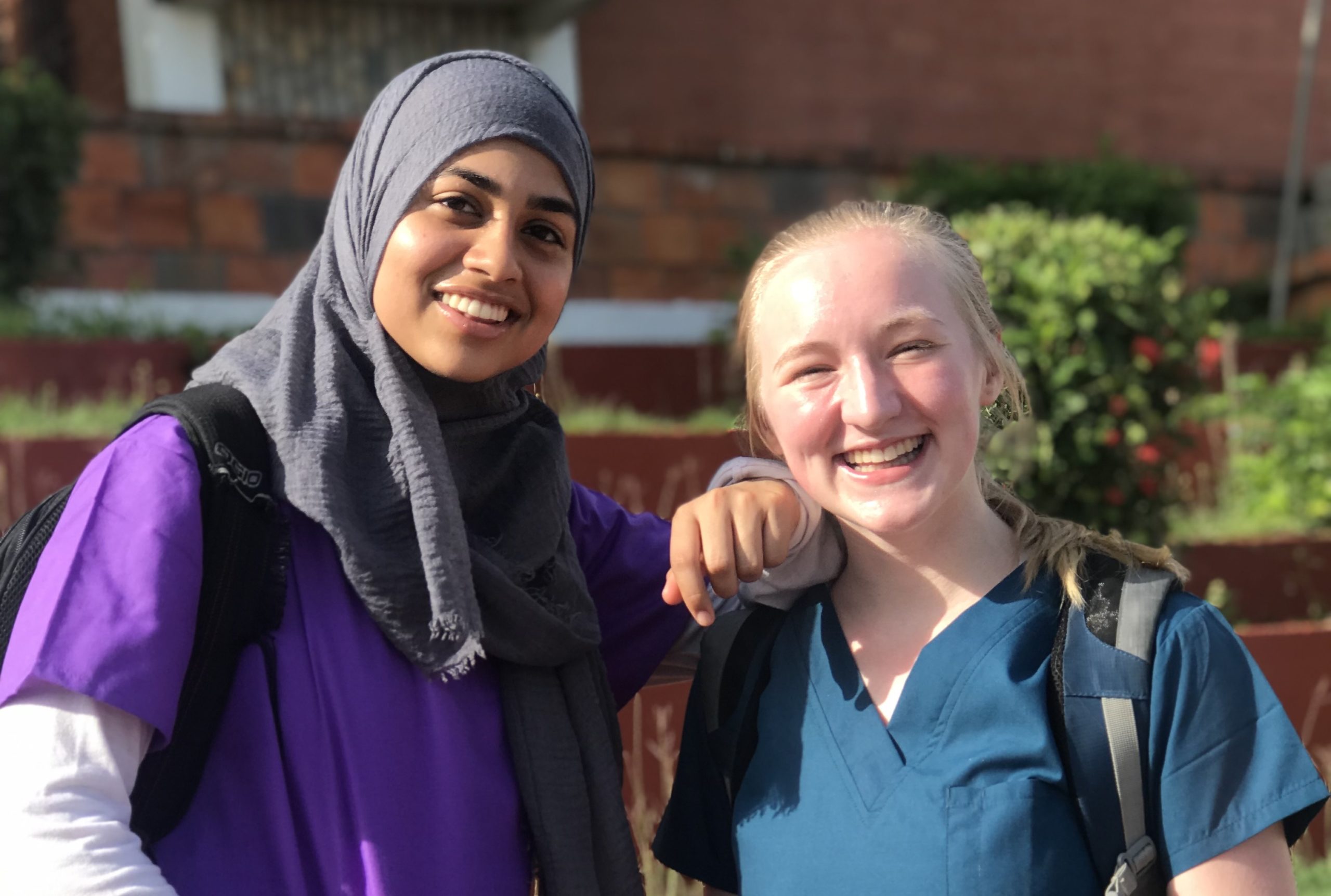 Every person starting a new language learning journey has their own unique reasons why. It could be a language spoken by family, a friend, or a land they long to visit. There is no wrong reason, just an unending amount of inspiration. Mariam Sayed, a third-year student studying Physiology and French, was first drawn to the language of love by the glamour of it: berets, baguettes, the Eiffel Tower, beautiful French men walking the streets of Paris, that sort of thing. What she has found through her years of studying French, however, was that while her love for learning the language never changed, her reasons for learning it did. Mariam now has one goal for her acquired French skills: making the world a better place.

Growing up in a multilingual household, Mariam can now add French to her growing list of tongues alongside English, Hindi, and Urdu. She has always understood the importance of exposure to other languages and cultures. “It’s such an easy way to connect to people,” she explains, “Because when you speak somebody’s language, you’re able to have a relationship without doing anything else, you just feel like you already know them. When you speak their language, it’s like going home for them in a way.”

This belief has followed Mariam through all of her endeavors as a French speaker. In the summer of 2019, she had the opportunity to travel to Ghana for ten days through Michigan State’s Medical Brigades. This would be her first time leaving the country alone,  where she would be immersed in a completely new language and culture, but Mariam did not feel nervous—she was too excited for that. She went as a medical volunteer for a program where undergrads, doctors and nurses, all come together to aid communities that have limited access to medicine. For some communities, the nearest hospital could be 50 to 100 miles away. The people in this area were not going to go to the doctor. They didn’t have access to prescription medications, or to clean water and other basic necessities for life, things that, as Mariam stated, we take for granted every single day. She soon saw that, while the Ghanaians had very little when compared with the lifestyle she was used to, they were the most grateful and generous people she had ever met.

The group set up a mobile clinic, which held several stations where students worked with the patients. They were able to help around 250 people each day. The first day working with her patients, Mariam noticed something was off. While many of the people there spoke French, like she and her colleagues, Miriam noticed that there were a good number that didn’t. Some of her patients spoke only Fante or Twi, which are two of the regional dialects in Ghana, meaning that she had no way to communicate with them except through gestures. Mariam realized how unnerved her patients must feel, having a girl who looked and spoke differently from them trying to stick a needle into their skin. That night, she went straight to the community directors, notebook in hand, asking them teach her basic phrases in the native languages. The next day she went in to work, she greeted each patient in his or her own tongue, saying “may mah mo achi”. Miriam noticed an immediate change in their demeanor. “As soon as you did that, they realized that you took the first step to make them feel comfortable. And they just appreciated that so much. And they were so enthusiastic that you tried to speak their language.” It wasn’t much, but it was enough.

Mariam’s experience in Ghana taught her first-hand how transformative learning a language can be. It showed her the difference that she as an individual could make in the world, and she decided to dedicate her life to making the world a better place. As of now, Mariam wants to continue her education through medical school and become an OB-GYN to help women in places around the world like Western Africa. Having had trouble in her own past finding doctors who took her seriously, she believes that many people are in that field for the wrong reasons. “There are a lot of people who go into medicine because of the pay, or the status, but at the end of the day, if you’re not there for the patient, I just really don’t think you should be in the field.” She also emphasizes the cultural importance of having adequate doctors, as people of her Indian and Muslim background are often from a very conservative culture and may only feel comfortable with a female gynecologist. “I think it’s important for women to go into the field because no one can understand a woman’s reproductive health better than other women.”

In the meantime, Mariam is doing everything she can to better her French and in turn, better her community. Originally, she started out with a single major in Physiology major, but when she finished her foreign language requirement, she felt that something was missing. She realized that her schedule just wasn’t complete without a French course. It was then that she decided to declare French as a second major, which has led her to many extracurricular opportunities at MSU. This year, she was elected to serve as president of the French Club, where she hosts weekly (Zoom) meetings to connect with other French lovers at the university. She also started working with the Community Language School through CeLTA, where she meets with a group of students aged ten to fourteen and teaches them French Language and Culture. There is no doubt that Mariam is leaving a positive impact on her MSU community, and will do the same wherever her passions take her next.

No travel? No problem! Learning a new language during the pandemic

Showing Up, Speaking Up: Bridging the Distance Between Two Countries a World Apart