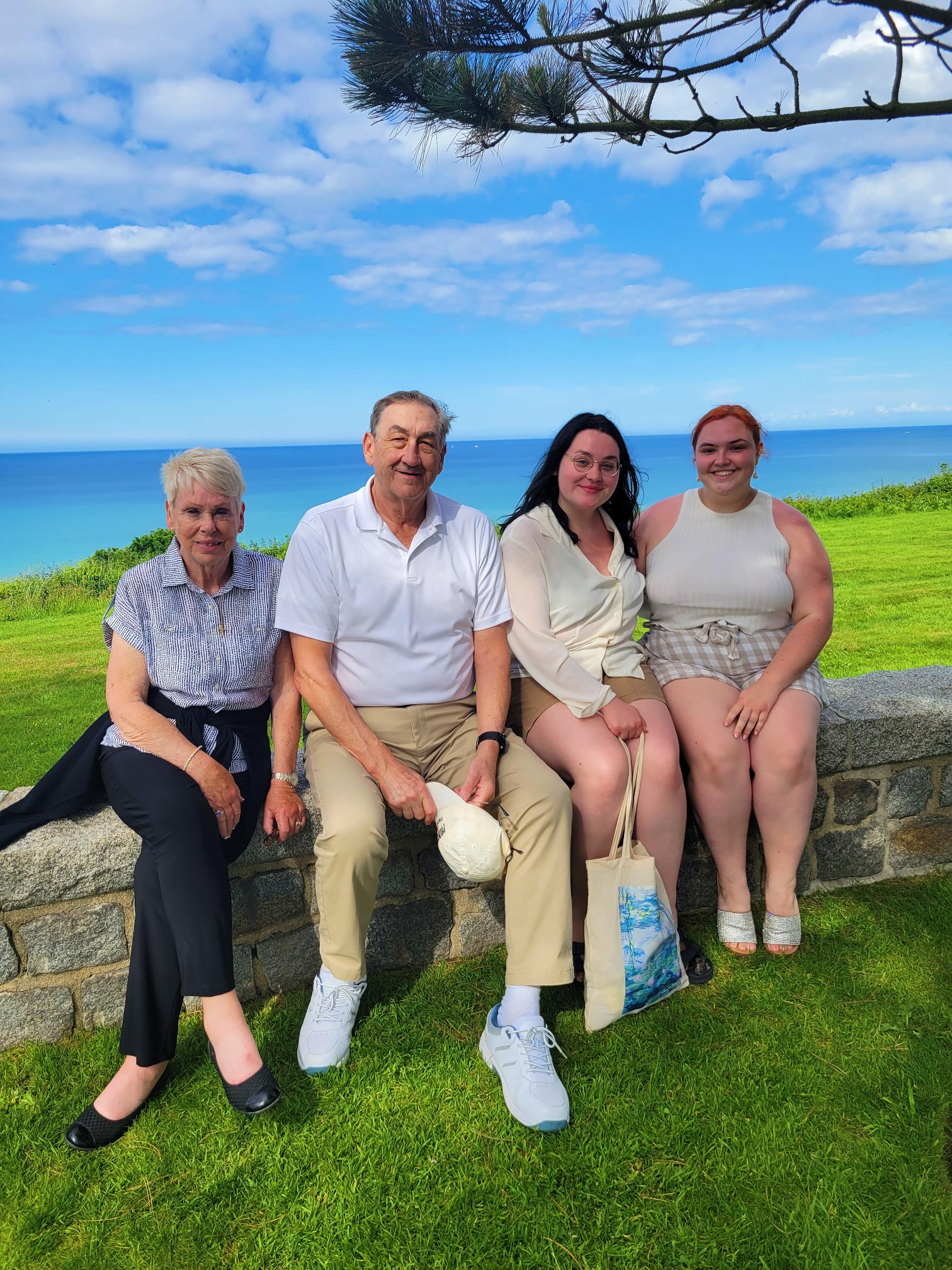 Processed with VSCO with preset

Spring Break, 2022. I was eating eggs and grits at a hole-in-the-wall diner in Savannah, Georgia with my girlfriend, Molly, when I got the video call from my grandmother. I excused myself from the table and stepped outside to answer.

“Are you sure you don’t want to get back to your breakfast? This news can wait,” she said. However, the way she bit back a grin beckoned otherwise, and I have never been good at waiting patiently. I begged her to tell me.

“Will you be our guide in Paris?” she asked me.

“Do you mean… after college? Like, as a graduation trip?”

“I mean this summer. June.”

My journey to Paris began long before my grandparents asked me to be their translator that morning in March. I had been fascinated by French culture since I was a kid. My favorite princess was Marie-Antoinette. I studied French all through high school, it became my additional major in college, and during that spring semester I took three French classes. I had finally become something close to fluent. At the very least, I felt confident enough to guide my grandparents and Molly through Paris, none of whom spoke any French whatsoever. It helped that I had been to France once before in high school, but that was a guided field trip. Being responsible for ticket holding, transportation, and translation was another situation entirely. I would be lying if I said I wasn’t nervous.

Throughout the month of May, I visited my grandparents at least once a week to develop the itinerary. Even though there was an option to translate each website, I decided to keep everything in French to challenge myself. We bought tickets to the Louvre. Versailles. A dinner cruise on a bateau parisien. I paid extra attention to the dates, making sure I didn’t accidentally book an excursion meant for June 7th on July 6th. Then, my mother asked me to e-mail the hotel about an early check-in.

It was my first communication challenge with a native French speaker. Fortunately, it was a writing exercise, so I had the time and space to check my work. Still, I was insecure. I wanted to be taken seriously, and I feared that I would receive a response entirely in English, discouraging me from attempting to communicate in French at all. Fortunately, when I received my response a few days later, it was entirely en français. Victory!

After an eight-hour plane ride, the line at customs, and an hour-long taxi trip from Charles de Gaulle, we finally arrived at Hôtel de Berri, a gorgeous boutique hotel just off the Champs-Elysées.

As I approached the front desk, my heart was pounding. I had rehearsed my greetings and questions in my head the whole drive, but I still felt unprepared. Regardless, I told her my name, and that we were there to check in to our rooms. After I spoke, I breathed a small sigh of relief. I was proud of my inflection. But I was getting ahead of myself.

The woman smiled and replied with a long message, and even tried to communicate with my family that stood behind me, bewildered. I froze, except for the occasional nod. “Vous comprenez?” she asked. Do you understand? I nodded again, even though I had only caught about a third of what she said to me.

And there it was, the dreaded response in English. “Do they speak French?” she asked, gesturing to my grandparents.

I shook my head. “Non, ils parlent pas de français,” I replied sullenly. Apparently, neither did I.

“Oh! I see. Well, why don’t I speak in English for them, then?” She turned to me. “Your French is perfect, by the way. Your accent is flawless!”

I could hardly believe my ears. So, I didn’t totally fail! As she led us to the glass elevators and our respective suites, I felt more prepared than ever to take on this responsibility, even if my verbal communication skills were not perfect.

I wish I could say that was the only time I didn’t understand something in French on that trip. I made tons of mistakes. We accidentally left the Louvre (without even visiting the gift shop!) while looking for the tearoom. We had miscommunication after miscommunication with the taxi and Uber drivers. I panicked at the train station when our tickets to Bayeux for the D-Day Normandy tour were rejected by the machine, but when I asked a security guard for help, we were able to get through. I learned that with many Parisians, what mattered most was the effort I put forth to speak the language. And fortunately, many of them were quite impressed with the effort I gave.

Having French people compliment my French speaking skills did wonders for my confidence. The thing that really gave me strength, though, was knowing I was needed by my family. It was so rewarding to watch them learn. Molly, who took Spanish in high school, was eager to learn another language and even started ordering at restaurants in French. My grandmother, who had also been to France once before, began to develop her accent with key words such as merci and bonjour. Even my grandfather mastered an important phrase: “Une autre bière, s’il vous plait.” (Another beer, please.)

Our last morning in Paris was my favorite memory, a day I will never forget. We had brunch reservations at the Ladurée tearoom on the Champs-Elysées, a famous French restaurant known especially for their macarons. The dining room was exquisitely decorated with vases of pink roses, golden baroque detailing on the walls and ceilings, and hand painted wooden furniture. Ordering our food involved more miscommunications, but everything we ate was delectable. The pistachio croissant I ordered by accident was the most delicious treat of the whole trip!

As the four of us laughed and reminisced about the past week over plates of eggs benedict and cucumber sandwiches, I was overflowing with gratitude and joy. I was grateful for the shopping sprees and sightseeing of course, but most of all, I was grateful that I was able to use my language skills to be of service to the people I love. Because I was able to guide them through the city, speak with the locals, and keep them safe in a foreign country, I was able to give them an experience they will treasure for the rest of their lives. In return, they did the same for me.

As the waitstaff came by the table to clear our plates, my grandmother looked at me and smiled, tears shining in her eyes. “We couldn’t have done this without you,” she told me, and that memory is my most prized souvenir.